By Robert on January 26, 2018 in Announcement, Uncategorized,

Herbert J and Ruth Bonyhadi Rubel were pioneers of sorts. Coming to America as refugees from Nazi Germany, they each, separately, forged their way to a new land, a new language and a new culture. Yet they never forgot the past, painful as it may have been.

Herbert came to New York just before Kristallnacht in May 1938. Ruth, deported from Vienna, Austria, to the Lodz Ghetto, Auschwitz and Bergen Belsen. Ruth and her mother were liberated by the British Army from Bergen Belsen; her mother perished from typhus just two weeks later.

In 1946, Ruth came to America to be reunited with her only living relatives. After meeting in San Francisco while Herbert was in the Army, Herbert and Ruth married and raised three daughters. They retired to Richmond, Virginia, in 1991.

Upon Herbert’s death, Ruth, striving to provide a legacy to her husband of 43 years, created the Herbert J Rubel Holocaust Education Fund of Richmond Jewish Foundation to support outreach and training to educators and youth. With Ruth’s guidance, the fund provided training, bought educational modules and supported many trips to the United States Holocaust Museum.

In October 2001, Ruth died, leaving her daughters to continue the legacy that she began on behalf of her husband. Through the Herbert J and Ruth B. Rubel Holocaust Education Fund of RJF, their children take seriously the responsibility that has been bestowed upon them by their parent’s generosity, care, and concern for the community.

This legacy continues today with one of their daughters, and her family, here in Richmond. Miriam Rubel Davidow and her husband, Dan, recently created the Davidow Family Donor Advised Fund to support the charities of their choice. After their lifetimes, their children, Alisa and Jonathan, will become the advisors to the fund to continue another generation of giving.

Miriam stated, “We arrived in Richmond over 35 years ago knowing no one. We were welcomed by individuals, congregations and organizations and hence never felt like outsiders – even though we were not Richmonders!  Being a part of Richmond’s Jewish community provided us with a home that would support us through Jewish life and all forms of life-cycle events.  I hope others feel embraced and take advantage of being a part of the Mishpacha/family.”

Miriam added, “I had the privilege of supporting a number of people who led by example, the importance of planning for the future.  When my mother created the Herbert J Rubel Holocaust Education Fund at Richmond Jewish Foundation she saw the results of her philanthropy.”

Miriam continued, “She didn’t see herself as a philanthropist; rather she saw herself as someone who identified a need and tried to fill it. Another wise man, Alex Lebenstein (OBM), was insistent on supporting three of his favorite organizations and put his intentions in his will.  At his death, a Synagogue, a museum and an important school in his life were the beneficiaries of his insight.  These influential individuals in my life and many others helped confirm the need for my husband and me to leave a legacy for future generations. It is our honor, our pleasure and our responsibility to do so.  Planting the seed will take time, but it will grow and flourish with the proper tending.” 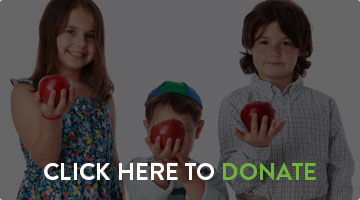